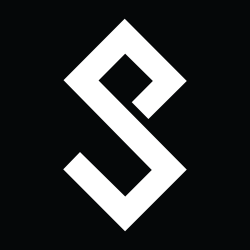 Pirate Studios comes from humble beginnings with the best interests of the musician at its core. Founded to combat the rising costs of studio hire for musicians; a community-driven ethos has been in place straight from the get go. Just over three years ago, the project consisted of a few rooms in an abandoned Bristolian police station. Today, the network spans studios across England, Wales, Scotland, Germany and the U.S. – with no less of a community focus than when it first started out.

If you’re unfamiliar with Pirate Studios, its offering appeals to the broadest range of musicians imaginable. Rehearsal rooms for bands are kitted out with top-class backline, DJ rooms are decked out with club-standard Pioneer equipment, and production suites are built to the utmost professional standards.

Pirate Studios now operates over 350 studios for a community of over 60,000 musicians globally; the largest network of music studios in the world. The innovative model utilises state-of-the-art IoT technology and an online booking system, allowing for studios to run completely self-service, 24 hours a day.

This is a platform built for musicians, by musicians. Cost savings from overheads and revenue taken outside of business hours are invested in top-class equipment, market-leading pricing, and community focused initiatives such as live streaming, talent development competitions, festival stage curation and live gig opportunities.

The aim and ethos is as simple as it is ambitious: to continue to build and innovate the Pirate Studios community across the world, in order to foster creativity for musicians of all backgrounds, budgets and genres.

With its collective ear firmly rooted to the ground, Pirate Studios incubates some of the most exciting musical talent across the UK, US & Germany. Further expansion is already underway to reach new markets and fresh talent. Not content with just being a music studio service; the future of Pirate Studios dovetails candidly with the future of new music.

Email me jobs from Pirate Studios