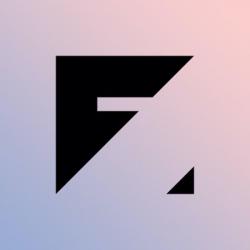 Forum Birmingham is the exciting, newly refurbished, multi-use entertainment space in the heart of the city.

A reincarnation of ‘The Ballroom’ which stood proudly as the city’s entertainment hub in the 1960’s for over 20 years. In the 80’s, it became known as ‘The Hummingbird’ which hosted some of the most legendary performances of the decade from bands such

as Nirvana and the Beastie Boys. Re-branded in the 2000’s as ‘O2 Academy Birmingham’, it again became the beating heart of Birmingham’s culture with the likes of Amy Winehouse and Ed Sheeran storming the stage. It is a venue with a long-standing reputation for entertaining many generations and now in 2021 it reopens as Forum Birmingham, bringing you the highest level of events and entertainment.

The iconic venue is set across two spacious floors with clear sight lines to the stage and boasts a generous capacity. The lower floor and stage area are overlooked by a spacious balcony which has a large additional room, Space54, a perfect breakout space which features its own state of the art sound system and production options. The venue also features multiple dressing rooms, breakout/catering spaces and given it’s purpose built nature, it

is perfectly set up for large load-ins. It is the perfect setting for a variety of large scale events with the most demanding levels of production.

Alongside its expertly programmed music events, it hosts a range of high calibre award ceremonies, fashion shows, comedy nights and exceptional experiences. It provides a dramatic backdrop for high impact events with endless possibilities. The highly experienced and dedicated team will look after all your event needs from start to finish fulfilling a positively unforgettable experience.

Email me jobs from Forum Birmingham