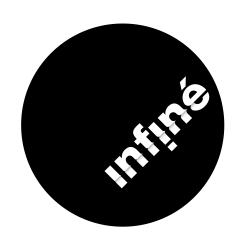 InFiné is a French music label, whose main offices are located in Paris with an office in Berlin in the Wedding district.

With over 15 years of existence, InFiné has released about 70 albums and more than 200 singles/EP in various musical genres, such as electronic music, pop, indie-rock, world music or modern classical.

We favour discovery and a human and family approach to artistic development. In its catalogue, albums by confirmed artists such as Apparat, Rone, Carl Craig, Murcof but also many young artists such as Deena Abdelwahed, Leonie Pernet or Labelle.

The core of our business includes artistic support, production, promotion, communication and publishing.

Email me jobs from InFiné Music