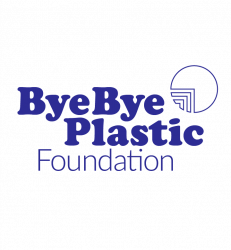 We use the power of music, the strongest social connector,
to create positive ripple effects!

Dreamed up and led by Vivie-Ann aka BLOND:ISH as a grassroots movement, Bye Bye Plastic is now a team of 8 eco warriors on track to wipe out single-use plastic in the music industry by 2025. Bye Bye Plastic has inspired thousands of DJs and event promoters to back the initiative since launching in 2018, through the #PlasticFreeParty movement and Eco Riders.

We officially became a Foundation in January 2020, and have partnered and consulted with industry giants such as International Music Summit (IMS) & SXM Festival. We also led sustainability panels at ADE Green, IMS, Brighton Music Conference and beyond, while turning heads and gaining coverage from media including BBC Newsbeat, GRAMMY, BBC's Victoria Derbyshire, The Line Of Best Fit, Clash, Rolling Stone, Mixmag, DWTV (Germany).