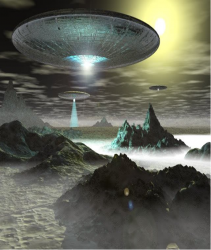 Space Epoch Productions main focus is to independently promote and process through the following: