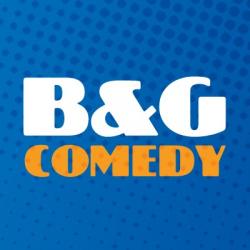 Bound and Gagged Comedy is a music and comedy promoter.

Bound and Gagged Comedy was founded by Nigel Klarfeld in 1992 with the launch of weekly comedy clubs in Palmers Green and Tufnell Park, London. Now, Bound and Gagged is one of the longest standing comedy companies in the UK. The business has moved away from running comedy clubs to touring, and we now promote some of the country's best loved comedians, including Omid Djalili, Tim Vine, Stephen K Amos, Gyles Brandreth and Pam Ann. In addition, we have toured comedians from America and New Zealand, including well-known stand-ups Margaret Cho, Rhys Darby, Ahmed Ahmed and Eddie Pepitone, and have taken comedians to festivals around the world such as Montreal, Melbourne, Aspen and Kilkenny.

We manage Omid Djalili for his stand-up, which includes touring, corporate events, DVDs and television.

We are one of the leading comedy and music promoters at the Edinburgh Festival and have been taking some of the best comedians, including household names and up-and-coming talent, to the Fringe since 1994.

Email me jobs from Bound and Gagged Comedy