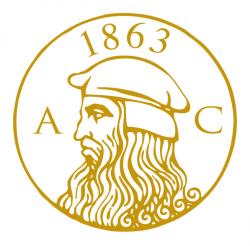 By way of background, The Arts Club was founded in 1863 by people of vision in order to provide a haven for those people who had professional or amateur relationships with the Arts, Literature or Sciences and it has provided this hospitality and friendship ever since. In 1896, the Club relocated from its original home on Hanover Square to its present elegant 18th Century townhouse at 40 Dover Street, affording its members a comfortable and impressive base in Mayfair.

In the course of its existence the Club has included amongst its members many outstanding figures in the history of art, literature and science: writers such as Charles Dickens, musicians such as Franz Liszt; artists such as Frederic Leighton, Auguste Rodin and James McNeill Whistler.

In September 2011, the Club re-launched after undergoing a complete renovation, transforming it into a truly venerable institution. The principal areas of interest amongst the current members are: art, architecture, fashion, film, literature, music, performance, photography, science, theatre and media. It proudly continues to be a hub for creative and entrepreneurial patrons to come together to meet, exchange ideas, dine and participate in the varied events, and the Club has reclaimed its place at the heart of contemporary cultural life in London. We have held performances by the likes of Emeli Sandé, Lianne La Havas, The Temptations, Dita Von Teese, Tom Misch, Dionne Warwick, The Red Hot Chilli Peppers, The Beach Boys, Lauryn Hill, Groove Armada, Basement Jaxx and Idris Elba to name just a few. Speakers have included Stephen Fry, Monica Lewinsky, Professor Stephen Hawking, Dianne Von Furstenberg, Joanna Lumley OBE and Dame Darcey Bussell, amongst others.

Email me jobs from The Arts Club