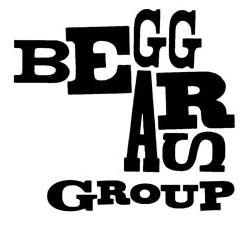 The Beggars Group in the last decade has gone from strength to strength, not only confirming their position as one of the largest independent groups of labels in the world, but also, by allowing their artists the time to develop, affording them freedom and support, releasing the best the decade had to offer.

With origins stemming from the Beggars Banquet record shops in London, whose first branch opened in 1973 in Earls Court, the label was born in 1977 with the 7” release of the ‘Free Admission Single’ by The Lurkers.

Over forty successful years of trading later and still run by founder Martin Mills, Beggars Banquet has since graduated to the Beggars Group, home to five of the most recognizable independent record labels around – 4AD, Matador, Rough Trade, XL Recordings and Young Turks. Each one is run independently of the other, with the Beggars Group owning 50% stakes in each except 4AD, which it now fully owns.

With its own worldwide network in place, unique in the independent sector, the Group now has three offices in London (two of which also house recording studios), two in the US (New York and Los Angeles), and a dedicated office in every major territory. The company has also been actively involved in helping to promote the collective interests of the sector, proud to be founding members of the Association of Independent Music (UK) in 1999, IMPALA(Europe) in 2000, A2IM (USA), and most recently the Worldwide Independent Network, each of which represent the interests of the independent music industry. The Beggars Group are also active members of Merlin, the independents’ rights licensing body.

Most notable achievements for the Group in recent years include the XL (UK)-released albums from Adele, 19, 21 and 25; all worldwide smashes to say the least. The Group has also achieved three Number One albums in the US in recent years (Vampire Weekend twice and Queens of the Stone Age), a rare feat for an independent label.

Email me jobs from The Beggars Group