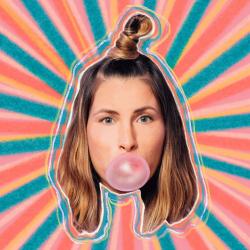 2018 was truly the Year of BLOND:ISH: the birth of the ABRACADABRA label, the blossoming of ABRA events including a stage at Tomorrowland, yet another stand-out Burning Man set, label debuts including Warung and EXIT Strategy, regular international slots at Circoloco, Ibiza residencies with WooMoon, Black Coffee and at Scorpios Mykonos... Vivie-Ann and Anstascia D'Elene Corniere grasped every star they’ve reached for, and always in their own inimitable style.

Combining brilliant entrepreneurship with environmental activism, Vivie-Ann has continually challenged herself and the music community. Last year BLOND:ISH helmed a ‘sustainable raving’ movement which led to the hugely successful beach clean in Ibiza with locals and environmentalists. Vivie-Ann also appeared on IMS and ADE Green panels to discuss the issues, along with the imminent launch of her Bye Bye Plastics initiative.

Email me jobs from BLOND:ISH