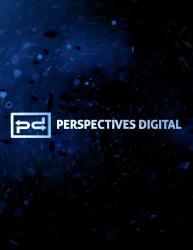 Nominated for Breakthrough Label of 2017 in DJ Mag's Best of North America Awards!

Perspectives Digital is a dance music record label, based in Los Angeles, and founded by Darin Epsilon in 2010. It serves as the companion to Darin Epsilon‘s popular Perspectives radio show. Our mission is to release the highest quality underground dance music from around the world.

Our supporters include (alphabetical):

Perspectives Digital is a record label for Deep House, Tech House, Progressive House, and Techno. Based out of Los Angeles and founded in 2010 by Darin Epsilon, the imprint is an extension of his popular radio show of the same name. Perspectives has been named by Beatport, the major distributor of dance music, as “One of North America’s leading labels” and releases from the label are continually found within Beatport’s Top 5 releases.

Perspectives is involved with various projects that contribute to its success. Music licensing, live events, and remix competitions have assisted in growing the label and expanding the fanbase. Global brands that have licensed their tracks include: American DJ, Armada, Bedrock, Elation Lighting, GUESS, Ministry of Sound, and Perfecto.

Record label showcases are organized by the label and held during the world-renowned events such as Amsterdam Dance Event and Miami Winter Music Conference. The ADE and WMC Samplers offered by the label are compilations that reflect the artists and tracks featured at these events.

In 2015, Perspectives partnered with Beatport Play to organize a remix competition ‘Outliers’ by Darin Epsilon and Cid Inc. The competition proved a major success with over 250 submissions. Michael & Levan and Stiven Rivic vs. Rick Pier O’Neil were named the Grand Prize winners with Subandrio, SummerMarian, and Solid Stone as the runners-up. The Community Pick winner was awarded to Las Vegas based producer Nathan Clement.

Email me jobs from Perspectives Digital