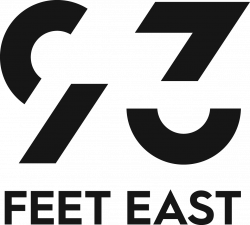 Established since 1999 and recently relaunched, 93 Feet East sits at the heart of Brick Lane against the backdrop of the capital's most creative areas as an iconic venue that has played host to the likes of Radiohead, Groove Armada, The White Stripes and Bombay Bicycle Club. It has become a rite of passage for any dance music fan with a great selection of respected brands hosting takeovers throughout the years.

Enzo Siragusa's infamous residency Fuse really cemented itself as one of the capital's leading parties during its time at 93 Feet East, while the hugely popular Secretsundaze began its longstanding trajectory in the early 2000's. Taking form as a real social hub and music destination that's built a reputation as one of the capital's iconic venues in live music and dance, as well as just being a great place to have a drink and meet friends, 93 Feet East is open throughout the week and late into the weekends.

93 Feet East is an ideal venue hire in east London choice; boasting two large rooms, an outside terrace area and more spaces within the venue. It is a versatile space with high tech lighting, sound and branding opportunities that make it fully functional for club shows, live events, private hire, exhibitions and launches. Its refurbishment boasts a d&b sound system throughout and a welcoming, yet raw and industrial decor, with the space continuing to act as a creative hub for international musicians and DJs moving forward.