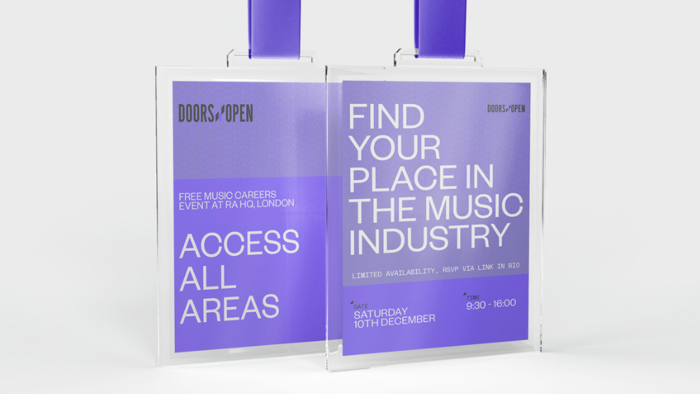 The new music and careers development project from Doors Open and Resident Advisor aims to democratise knowledge and tackle a lack of representation in the music industry.

Taking place at RA's London office on Saturday, December 10th, Access All Areas will consist of sessions, panels and masterclasses focused on understanding the industry ecosystem, identifying possible career paths, networking and how to apply for roles.

Access All Areas is open to anyone interested in working in the music industry, with no prior experience required. Priority will be given to people from underrepresented groups, such as those from lower socio-economic backgrounds, women and people of minority genders, POC and LGBTQi+. Lunch will be provided and travel bursaries are available on request.

The initiative has been launched as a result of the lack of diversity in the music industry. A recent study from the Creative Industries Policy & Evidence Centre found that just 16 percent of people in creative jobs are from working-class backgrounds.

The deadline for applications is 9 PM on Monday, November 14th.