We are looking for a Creative Director to oversee creative strategy as well as the fit and finish of all promotional creative, collateral, design, and video for weekly nightclub events & seasonal concerts. We are looking for a graphics professional to create flyers, logos, graphic art, and video promotions. Must have a understanding of diverse music and culture. Be able to create/ execute a diverse number of brand identities and produce videos. Must be able to work with strict deadlines.

Creative Project Management: Day to day, this means working with staff to ensure content and creative is produced on time. Assist with social media content to go on Schimanski, Bar Schimmi, DEG Presents and all other brands for social media. Work with artists’ teams on creatives.

Team Support: The team will look to you for guidance on accomplishing goals and advancing brands for events. Work with the team to generate and deliver digital and social content matching strategic internal goals  Ultimately, this role will own the fit and finish and so must support the team to achieve good results.

Quality Assurance: The Creative Director will sign off on all content and creative, and so is the most important editor. This means proofing and editing all content. Work with team members to improve copy and design.

Qualified Applicants Will Have: 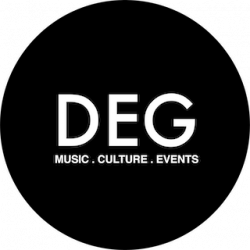 As the experiential arm of The Dean Group, DEG offers both large and small-scale production services and delivers unprecedented immersive music experiences to diverse audiences, ranging from intimate private shows and soirees at the most sought-after clubs around NYC to 100,000-person multi-day music festivals.